(Yes we say “Atlana” down here) 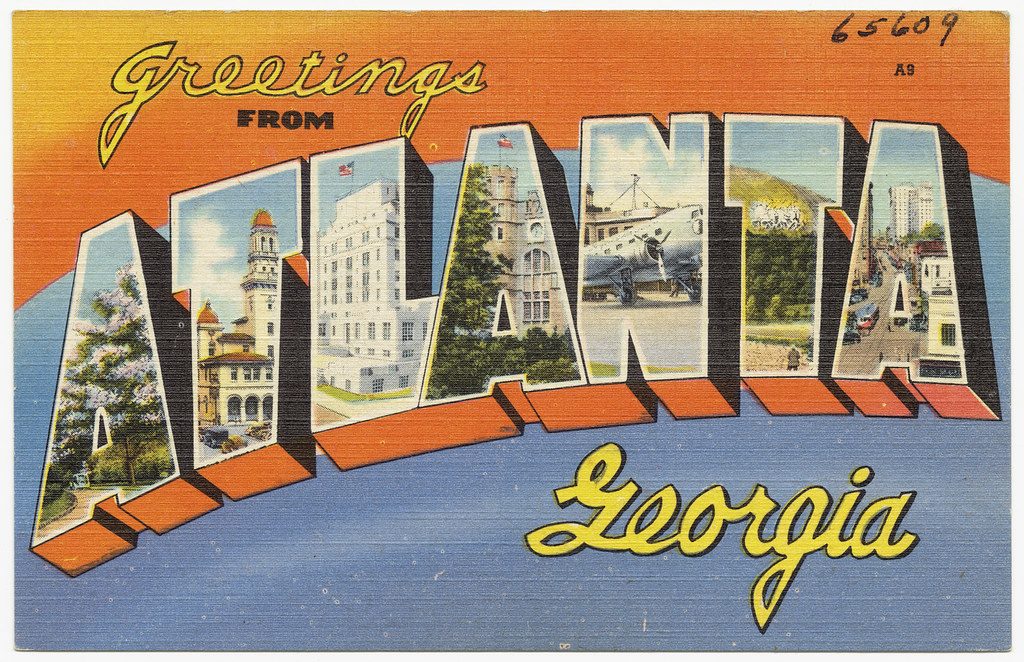 Born and raised in Atlanta. Proud of being a Southerner, while at the same time not always proud of some of the role the south has played in history.

This blog isn’t just about Atlanta and the south, instead it’s mostly about life and my observations of it.

I’m not trying to sell you anything, you’ll find no ads. Any links to products are not compensated in any way. If you do choose to sign up to receive notifications, I will never email you, nor do anything with your email address like sell it to the Russians. 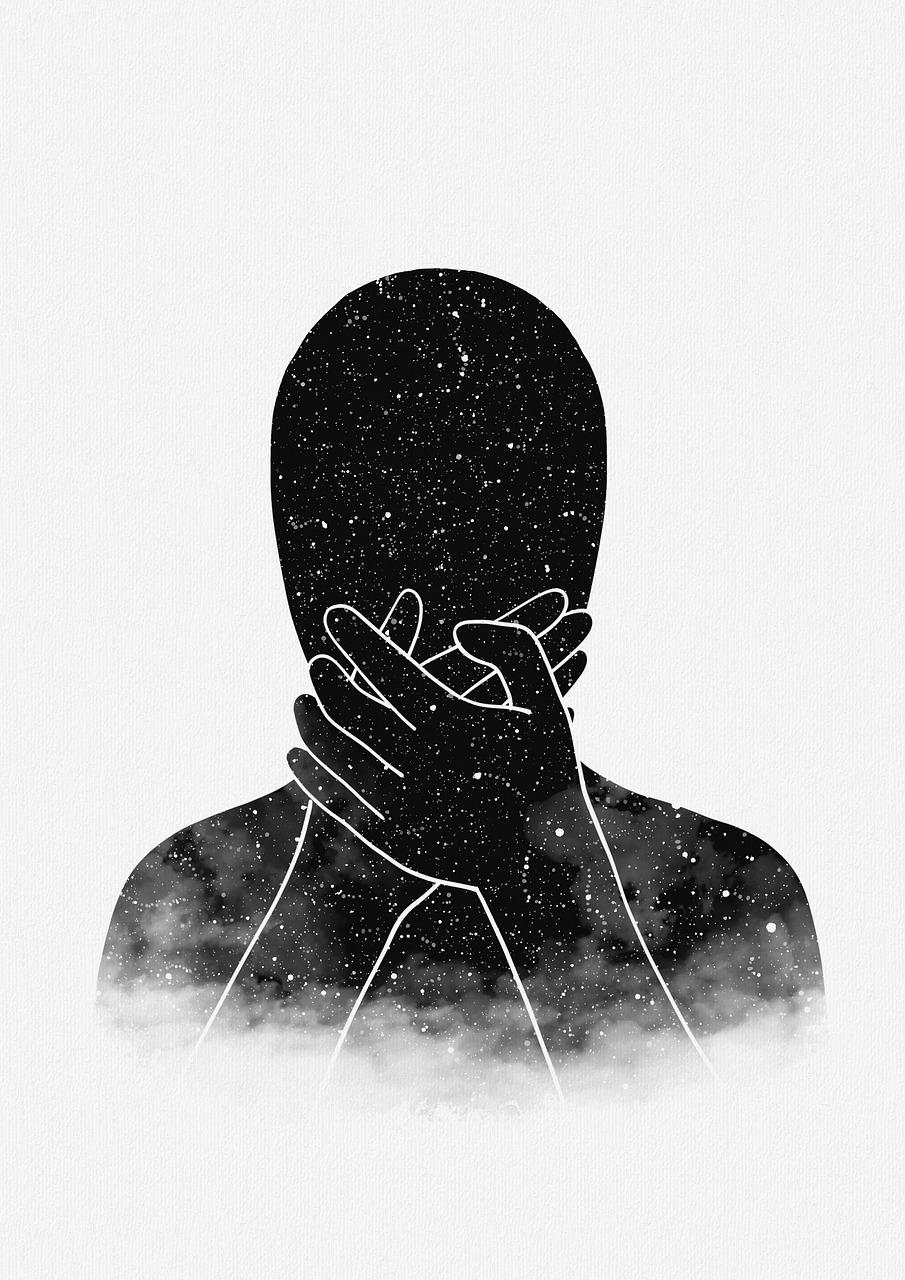 The Silence of Throat Cancer

Throat cancer isn’t just a dangerous disease, the “cure” for it most often leaves the victim without a voice. Here I talk about my continued journey, and what is available to help.

Silence. There has been a lot of it in my house the past two and a half months. A lot of silence. As you can read in my two previous posts on my throat cancer (You Have Cancer, and Throat Cancer-The Hidden Danger), I was diagnosed in early March, and had a biopsy and tracheotomy tube inserted in the middle of that month. Then a laryngectomy done in early April, leaving me with a hole in my neck (called a “stoma”) to breath through.

This means that I no longer have a voice box, no way to naturally speak. Silence.

Now I have to find ways to communicate.

Ways To Communicate After Throat Cancer

Hand gestures were the most natural way to communicate. Pointing to something, or making some sort of pantomime motion worked somewhat, but not quite enough to convey my wants and needs.

When Mrs. Larry would ask if I wanted to do this, or that, I learned to hold up one or two fingers to indicate which I wanted.

Still, there’s a lot of frustration with this, since there is only so much you can say with your hands.

Before I went in the hospital, I at least had the presence of mind to anticipate the outcome. I researched ways to communicate and found a few apps I could use. I settled on “Speech Assistant AAC” by ASoft.nl. Available for both Android and Apple. It gave me the ability to type anything on my phone and it would read it aloud. I could save frequent phrases and simply tap them to have it read them out loud.

While this was better than complete silence, it was not by any means, a real good solution. Quick thoughts and phrases were fine, but if I had something lengthy to say, it took a bit.

We recently went to a family gathering, and I really felt left out. If there was a conversation going on, by the time I got something typed out, the subject had changed a couple of times.

So while a phone app is better than gestures, it’s still not the way to go.

Esophageal speech is basically where someone swallows air into their stomach or esophagus, then directs it out like they were breathing out of their mouth (remember when as kids we would try to burp the alphabet?”).

This is difficult for many to learn, plus it isn’t very loud. More like a whisper. Not good to be used in a noisy setting.

I was given an electrolarynx (“EL”) in the hospital (I say “given”, I’m sure it was billed to insurance). This is a device that one presses to an area in the neck and pushes a button to make a vibration that resonates out of their mouth. This enables someone to speak with a very robotic voice, but a voice none the less.

I was not able to use the EL due to too much swelling in my neck, which is normal for throat cancer patients. I could not get a sound to come out. The alternative was the “oral adaptor”. This is a rubber cap that is placed over the head of the EL and fitted with a tube that is inserted into the mouth. It’s far from perfect, some sounds came out very good (“M”, “N”, “L”, “B”, etc.), while others could not be understood at all (“G”, “S”, “C”, for example). I could say “My name is Larry”, but try “I’m going to the store”, and it came out like Charlie Brown’s teacher.

It wasn’t until just a couple of days ago that the swelling had gone down enough to allow me to use it against my neck. This was a game changer. I was now able to talk!

The Tracheoesophageal Voice Prosthesis is a method of a surgeon puncturing a hole between the back wall of the trachea, and the front wall of the esophagus, then inserting a small one-way valve in the opening. Under normal conditions, nothing changes, but if one closes off the stoma, and breathes out, it forces the air into the esophagus, causing it to vibrate and allowing that vibration to come out of the mouth.

This is a more natural sounding voice, but does have some problems such as having to be replaced every six weeks or so, and sometimes getting stuck open or closed. Closed would mean that it wouldn’t work, open, however would allow food and liquids into the trachea (not a good thing). Plus while I have seen some people getting one inserted at the time of the laryngectomy, most recommend to do this at a later date after everything has healed, and any radiation and/or chemotherapy has been completed.

I am debating this one, and I will continue to evaluate it as I get closer to when it might possibly be available to me.

Those are basically three ways people communicate with each other, and is seems like since we non-speakers are in the minority, the emphasis is on the other two. Right now those listed above are the options for us, but let’s look at what might be down the road:

Every now and then some new idea pops up, but like many new ideas, they don’t all make it to market.

This one popped up a couple of months ago. The Syrinx It claims to be a combination of an EL, and a voice synthesizer, wearable on the neck in a hands-free manner. What I’m seeing in their photos are people who are not laryngectomy patients, I’m wondering why. It looks like the neck band might cover up the stoma.

UltraVoice is a device worn inside the mouth with a controller that transmits radio waves to it, causing vibrations that allows the person to speak. It appears to have only been available for a month, and looks promising.

This article about an artificial voice box implant is 5 years old, and I can’t find anything else about it.

The Options Are Limited

There’s not much else out there. I’m hoping that better options will come along. Until they do, the above is pretty much what we have.

Not So Silent After Throat Cancer

I’ll leave you with this: We’re not so naturally silent after all. Since there is just a straight funnel between our stomach and mouth, all kinds of strange sounds emanate from there. Sounds we can’t control.

So if you hear something that sounds like a pig arguing with a bullfrog, it’s probably one of us. 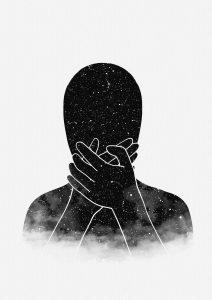 Throat cancer isn’t just a dangerous disease, the “cure” for it most often leaves the victim without a voice. Here I talk about my continued journey, and what is available to help. Silence Silence. There has been a lot of it in my house the past two and a half months. A lot of silence. […] 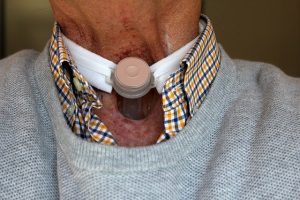 Throat cancer has become an epidemic. Many thousands of people are diagnosed with it every year. And the cause isn’t what you think. Diagnosis As I stated in my previous post, I was diagnosed with stage 4 throat cancer back in early March. I had a biopsy and a tracheotomy tube inserted, and spent a […] 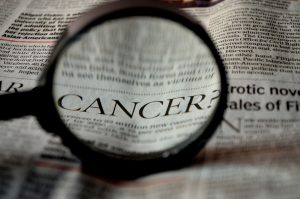 You have cancer. That’s what the doctor said. You have cancer. In my case, it’s stage 4 throat cancer. I noticed something in my throat a little less than a year ago. It felt like a post nasal drip. I was always having to clear my throat. At my annual physical in July I mentioned […] 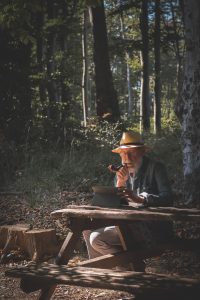 Just because we’re old doesn’t mean we’re not into tech The young people today seem to believe that they have all the tech answers, but where would they be without us “boomers”? When I was young we turned to the older generation for advice, now we’re looked at like we’re stupid when it comes to […] 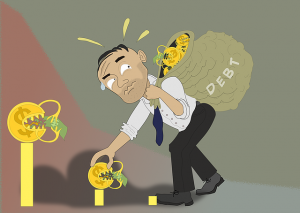 Student loan forgiveness President Biden has proposed the elimination of up to $10,000 in student loans. Others have suggested that the government should forgive as much as $50,000. Is this the right thing to do? One camp says these students made their bed, they should lie in it. The other bemoans the high cost of […]

An old southerner in the new south

Being an old Southerner in the new south isn’t easy. The Atlanta I knew as a child, teenager, and young adult has changed.

Changed in a good way.

Gone are the old stereotypes. We’re not “The Dukes of Hazzard” anymore. Atlanta is home to a diverse culture. The new Hollywood, home to Tyler Perry who has a massive studio along with many other studios that have made Atlanta their home. Most all of the Marvel films were made here, plus The Walking Dead, Stranger Things, etc.

It has a vibrant LGBQ community. Many HipHop studios.

Some still cling to the old ways, but they are in the minority. Still many of us are looked at as redneck, racist, wife beating, moonshine making rubes.

Come down to Atlanta and see for yourself. We even have paved roads…